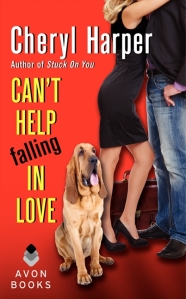 I spent a lot of time this weekend pulling excerpts for blog posts (got some upcoming guest posts with giveaways…woo hoo! look for more info on that Wednesday) and I made this list of my favorites:

1. What Tony thinks of Randa:

He just didn’t need anything bringing the hotel’s newest guest to mind.

But it was too late. Randa Whitmore.

In the Marines, he’d spent a lot of time with sand in really uncomfortable places.

He had a feeling she’d be a lot like that. Irritating and impossible to ignore.

2. What Randa thinks of Tony:

“What kind of dog is she?” Randa asked as she stared into the dog’s eyes. She kissed the flat spot right between the green bows before straightening up.

Tony’s face had thawed slightly, she was happy to see. When their eyes locked, Randa had to remind herself to breathe slowly and evenly. She caught her breath when he looked back at the computer and said, “Bloodhound. And pampered princess.”

For a minute, she got the feeling he was talking about her with the last part, but his face was back to normal. Hard to read.

3. But then this happens:

Out of the Hawaiian shirt and khakis, Tony was perfectly imperfect. His olive skin was lightly tan. Black ink swirled up his left arm. This close she could make out the words “Semper Fi” and then what looked like names, all in a simple script. She wanted to touch his tattoo, to trace her fingers up his arm. She wanted to feel his skin. Black curls covered his pecs and trickled to a thin line down his abdomen to disappear into . . .

4. And then this happens:

Tony wanted to see her in a swimsuit. Badly. He wanted to burn the image of her in a bikini somewhere safe and sound that he could savor later to his heart’s content.

“I just don’t feel like swimming, that’s all.” She crossed her arms over her chest.

“So you’re out here by the pool instead of . . . I don’t know, touring Graceland? Or doing your nails? Or bathing in unicorn blood to stave off wrinkles? You must have a long list of other things to do.”

Randa dismissed that idea with a wave. “Unicorn blood? Do you know how expensive that stuff is?”

Tony laughed. He couldn’t help it. It was rusty and harsh to his ears, but the feeling of letting go of some of the tension and fear that he might not ever laugh again, especially while sitting next to a beautiful woman, was so good.

Willodean stared at a small gold statue of Elvis for a minute before she shook her head. “Don’t think we’re the competition, Tony. They build those tall, boxy monstrosities with zero personality.” She smiled slyly. “My Rock’n’Rolla’s got plenty of personality.”

He chuckled. She was right. And she was cute as she said it too.

Tony glanced away and squinted at the light pouring in through the window. Finally he exhaled loud and long. “Prettiest girl I’ve ever seen.”

Willodean clasped her hands together. “Oh, thank you, Lord, for answering the prayers of a sinner like me.”

I could go on because I do love Tony, the bookworm ex-Marine. Here’s the book info:

The staff of Cheryl Harper’s Elvis-themed Rock’n’Rolla Hotel are back with a funny, fresh romance that goes undercover—under the covers! As a former Marine, hotel manager Tony Ortega has plenty of experience assessing threats, and the hotel’s newest guest, Randa Whitmore, is a code red. Tall, blonde, and with legs for miles, she may look like his every fantasy, but he knows she’s not really visiting for the famed Elvis Week. Though dangerously drawn to his new guest, Tony will do anything to protect his job . . . especially if it means sleeping with the enemy.  Business strategist Randa Whitmore never meant to be undercover in Memphis. In August. Sweating her expensive spa treatments away. But snagging another perfect hotel location for her father’s empire means using all the tricks in her designer arsenal. And even though the sexy, tattooed manager seems oblivious to her charms, Randa’s prepared to bring out the big guns—just so long as she can stay objective and out of Tony’s muscled arms. After all, it’s just business, right?

LOOK HOW GORGEOUS THIS IS!*!*!

10 Things You Know About Santa, Bring My Baby Back from the cover:

1. It’s the most wonderful time of the year at the hotel…Christmas!

4. It’s the next book in the Rock’n’Rolla Hotel series (and last and I hope best!)

6. Willodean Jackson likes to do the holidays up big time. Even Misty’s outfit changes for the holiday.

7. Some of this story’s about second chances (…bring my baby back.)

9. Viva Las Vegas has Elvis’s Christmas music on repeat…”Santa, Bring My Baby Back to Me” will make you shake your hips.

10. It’s coming in December…okay, you can’t quite get that from just the cover.But it is…December 17. Mark your calendar (or you could pre-order now because, I mean, the holidays are crazy, right? Amazon or Barnes and Noble)

Isn’t this a good looking family?