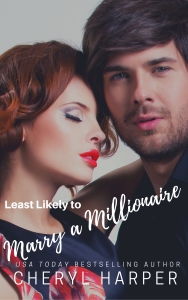 Owner Willodean Jackson and her dog Misty the bloodhound invite you to check in, try the fan favorites in the hotel’s restaurant, Viva Las Vegas, and  become part of the family. Click on the covers below to find out more! 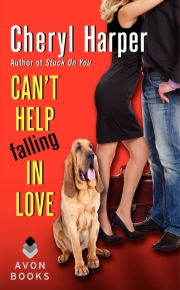 Whether it’s the equipment contract for the biggest college football program in the state of Texas or the championship coach who got away, Nina Montrose refuses to be defeated. Being a winner comes with perks, but Coach Jack Ford wants something more than a fat paycheck, fancy parties, and big house. He’s moved to small-town Lincoln to do what he loves: teach kids. He’s seen firsthand how sports programs can change lives.

Nina had them at “I Do” but Jack walked away. When she blows into town with one last play, sonogram in hand, they’re going to have to find a way they both can win.

The Naughty Librarian – “What an absolutely wonderful book! One of the best written stories I’ve read in awhile. Ms. Harper did an excellent job of keeping the reader engaged with the characters.”

Coach Jack Ford was feeling the heat long before the yellow convertible flew down the road in front of Sue Walker’s old farmhouse. The Memorial Day, end-of-the-school-year picnic celebration hosted by Lincoln High School’s dedicated principal, Lindy Mason, was one of those events where he stood around with his hands shoved in his pockets and listed the number of things he’d rather be doing.

Grading essays about the importance of exercise for his sophomore health and wellness class.

Even arguing with the latest sponsor hinting that he or she would be pulling funds from the high school’s athletic programs would be more comfortable than watching his coworkers giggle and smirk over Max and Sue’s kiss. Not that anyone could see them. Max was smart enough to drag her out of sight before he kissed her properly, but there was no doubt about what exactly was going on, especially when they got so damn quiet.

Another one bites the dust. He’d been that guy once, a year ago.

At last year’s picnic, he’d been the new guy, shaking hands, introducing himself, and wondering if he’d made the biggest mistake of his life by stepping off the big stage to pursue his “calling.” His unhappy almost-fiancée had refused to make the trip down to Lincoln, the first sign of the beginning of the end.

The low pay and hard work of a “calling” meant that it was not for lightweights. Too tired to pretend anymore, Jack had decided to be himself at this picnic. Grumpy. Quiet. Verging on bored.

Over the last school year, he’d gotten intimately acquainted with good sportsmanship, learning to lose well, and counting down the clock.

So, instead of watching for the lovebirds, he was staring morosely at the low gate that would lead to freedom if he were a different kind of man.

He used to be so important that he refused to waste valuable time making nice with coworkers and his boss. He’d had assistants who handled complaints, but coaching winning teams had meant limited problems. His sinking win record had led to a renewed interest in making sure everyone at Lincoln liked him.

He hadn’t figured out how to do the same thing with the town yet.

But, like the cold draft that whispers across a man’s neck when he stares out into the darkness, he had the premonition that that yellow convertible was bad news.

He knew a woman who drove a car exactly like that. She was also bold enough to track him down on his day off at a party with his coworkers. Apparently, she was no longer an hour away in a Dallas gated community.

And she was tired of being ignored.

Maybe he should have answered her phone calls, but there was nothing left to say.

He searched for someone to notify that he was stepping out for a minute, but no one was paying attention to him. Ryan Myers and Lindy had gotten in on the act, entertaining the crowd with their own smooch near the food table.

Honestly. Such public displays of affection by kids would have had half the crowd reaching for their detention pads.

Be calm. No matter what she says, put her back in the car and send her back to Dallas.

You can do this.

Rounding the corner of Sue’s beautiful, shabby porch with a determined march, Jack almost had to catch his balance against the railing when he spotted Nina Montrose in her obnoxious yellow Camaro. Bright red hair should clash with luscious pink lips, but he would testify that she could make it work.

She knew it, too.

She slowly checked her fresh war paint and dropped the tube in her purse with a satisfied sigh.

“Long time, no see, baby,” Nina lowered her sunglasses. “Have you missed me?” 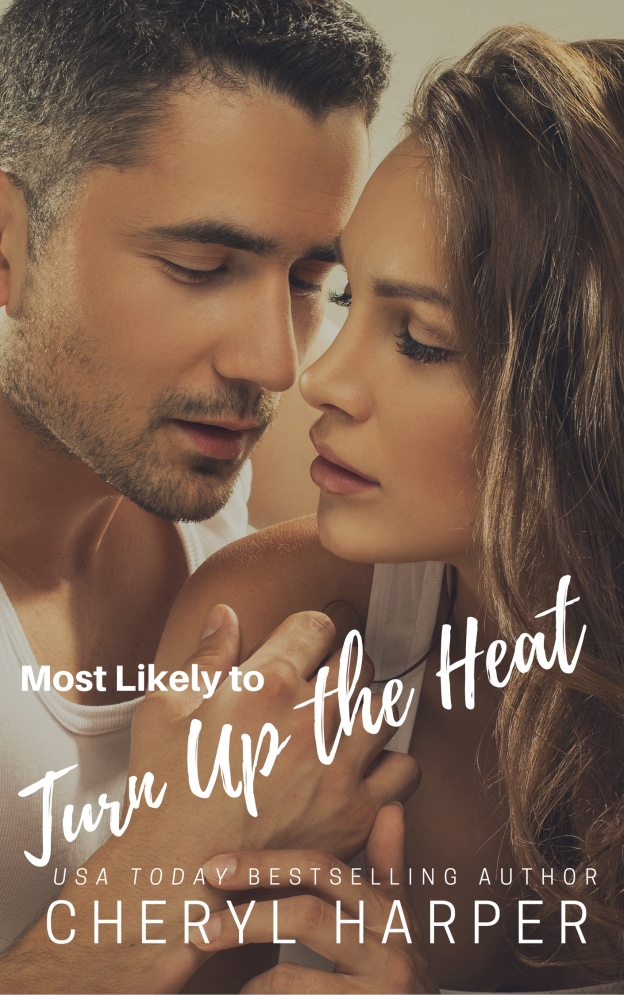 Max Holt’s days as high school security guard are numbered. Now that he’s recovered from the gunshot wound that forced his detour from Dallas cop to small-town security, he’s ready for the adrenaline and satisfaction of his old life.

Sue Walker has a solid dating policy: NO SOLDIERS, NO COPS, NO COWORKERS. Other than those simple guidelines, she’s happy to keep an open mind. But teasing Max? That brightens every single day at Lincoln High.

When Max turns up the heat, Sue’s got a difficult decision on her hands.